The Alameda Museum began as the Alameda Historical Society in 1948 and first opened their doors to the public in 1951. The original Historical Society logo was replaced in the early 80s with a stylized word mark that lasted for almost 40 years. However, due to the demands and constraints of modern usage, in 2017, the Board decided it was time to update.

I researched the Museum’s past as well as other Alameda-based logos, and with the Board’s support, implemented this new identity across all media. It is designed to be legible, distinctive,  and recognizable as member of Alameda’s community. 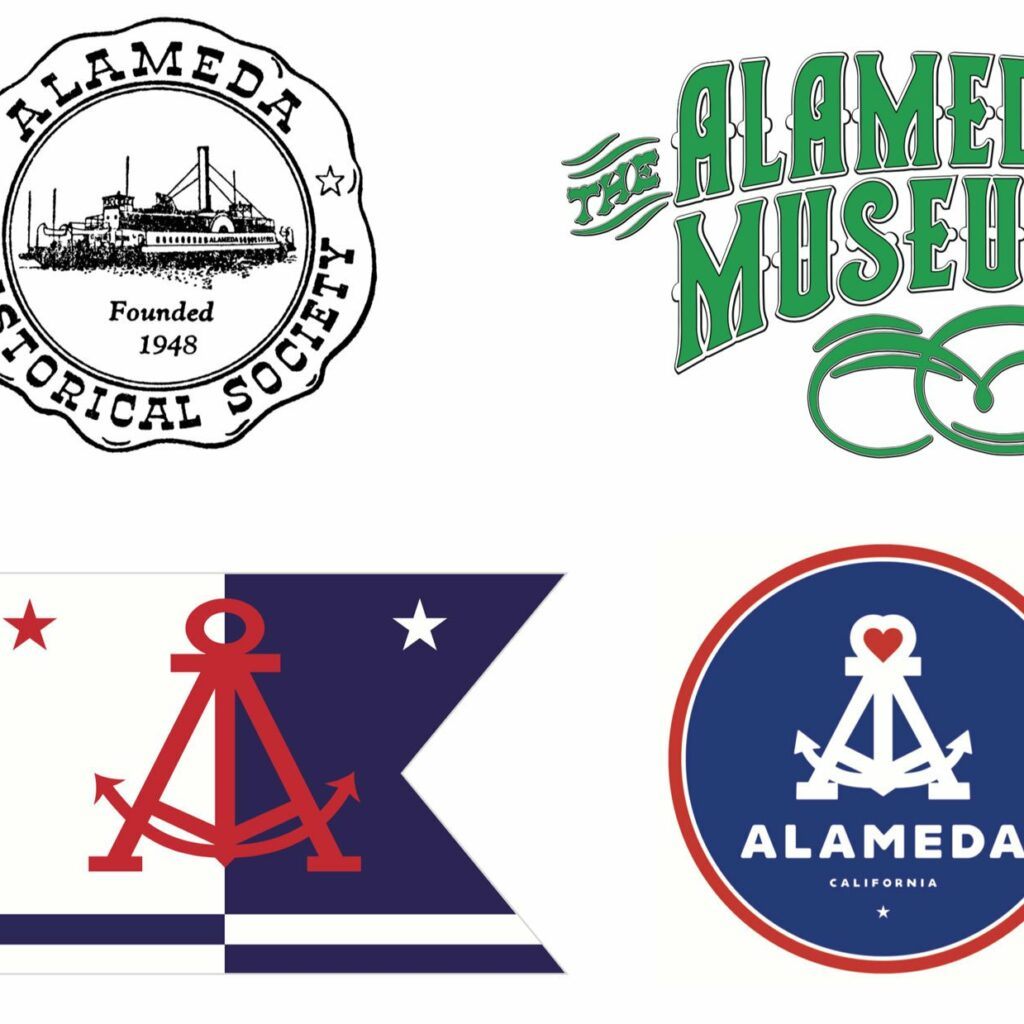 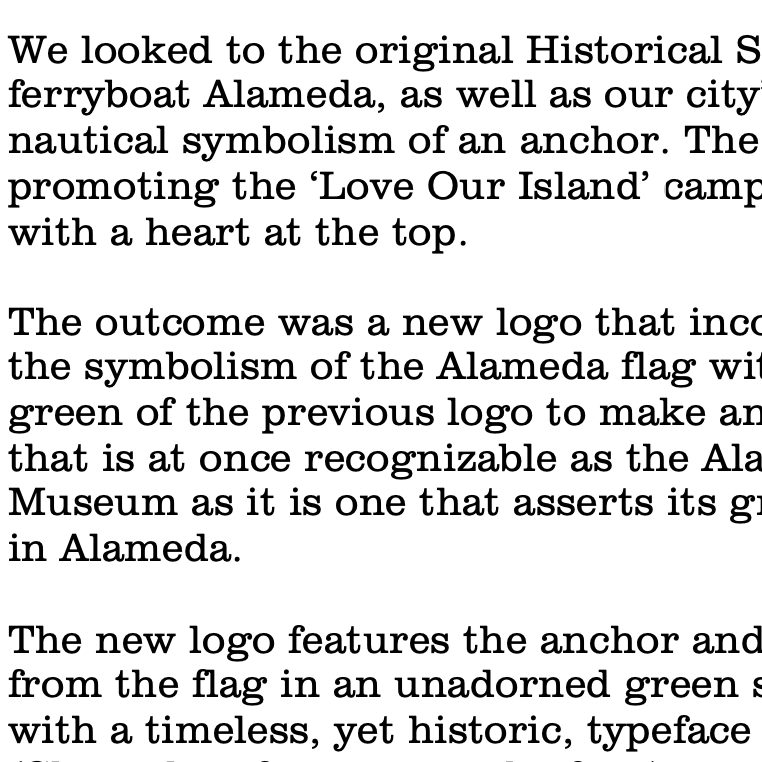 About the new logo [PDF]